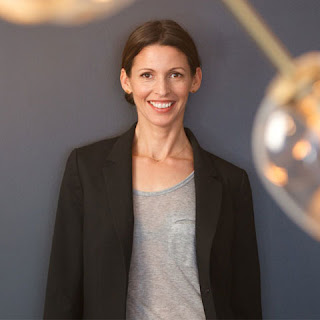 Lindsey Adams Adelman was born in New York City in 1968. Her current work is the apex of a lifelong exploration in making objects. An ongoing interest in combining the hand-crafted with the machine-made, the sensual with the practical, and the feminine with the masculine consistently defines her work. Her work has been included in the Cooper-Hewitt Design Triennial and Design Miami and she has received awards from the ICFF Editors, I.D. and Blueprint magazines. Lindsey lives with her husband Ian and their son Finn in Brooklyn. 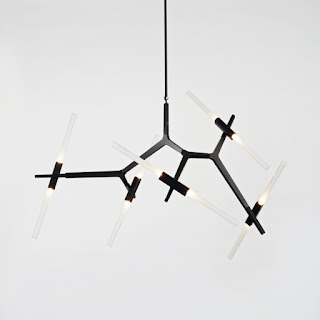 Agnes is an elegant design, featuring a modular structure which can be assembled in configurations starting from a small, 6-light chandelier to a large, 20-light chandelier or even larger sizes. “Agnes, in its ideal state, would be a very large fixture. You could fill up a whole ceiling," says the designer. Articulated joints allow for the bulbs to be rotated and arranged in a multitude of ways. The bulbs can be completely vertical, which is churchlike and formal. When the angles change, it becomes more whimsical. 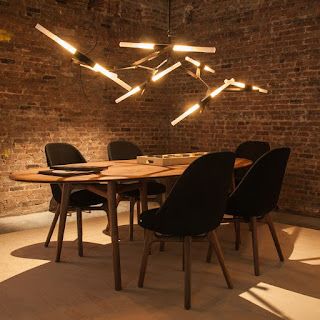 Adelman’s Agnes collection is her studio’s take on the popular stick light concept. It was inspired by a fictional heroine of the same name, who was a worker in the world’s oldest profession during the 1849 California Gold Rush.  Originally conceived as a candelabra, this chandelier version — Astral Agnes — glass tubes stand in for the candles. Articulated joints allow the glass to be arranged in a multitude of ways to suit your taste or design needs. We cn see this taking center stage over a dining table or as a modern accent in a rustic entryway.