This Insane U-Shaped Skyscraper Is Breaking Our Minds

If built, "The Big Bend" will be the longest building in the entire world. 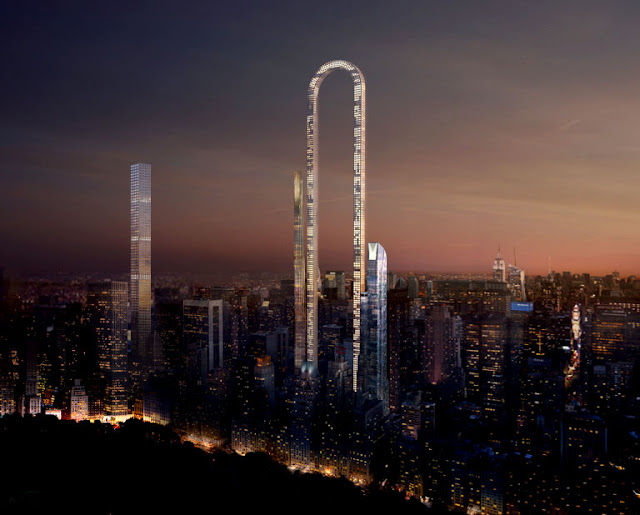 Expensive zoning laws in New York City are no match for design studio, Oiio. They just revealed concept drawings for a U-shaped skyscraper called "The Big Bend" that would be a solution to the government's attempt to regulate the use of land in the city, as well as the size, shape and height of new buildings.

You see, as a result of these laws, developers try to maximize on their property's height to help their designs keep up with the prestige factor of high-rise structures. The studio told DailyMail they started to wonder how they could push their designs a step further: "What if we substituted height with length? What if our buildings were long instead of tall?" That's, as they say, where it all began.

If built, this skyscraper has the potential to be one of the most prestigious buildings in the city and, at 4,000 feet long, it would also be the longest building in the world. Not to mention it would certainly change the iconic skyline of Manhattan. Here's what the building would look like towering over Central Park. 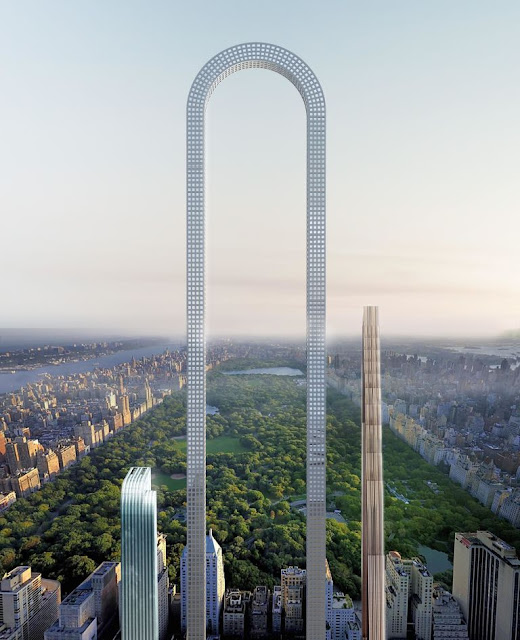 While the design is without-a-doubt revolutionary, we can't help but notice the faintly queasy sensation we're experiencing just imagining what it would be like to stand on the top floor. However, Oiio clearly thought about this and included a concept of the interior as well. We've got to say, it's not as terrifying as we imagined. 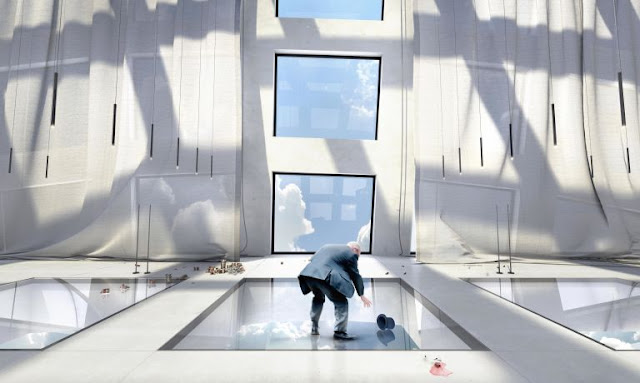 That said, people who are afraid of heights might want to steer clear. Just in case.