17 Photos of the Most Eerie Abandoned Sites in the World

From vacant theme parks to deserted sanatoriums, these places manage to be both haunting and strangely beautiful at the same time. 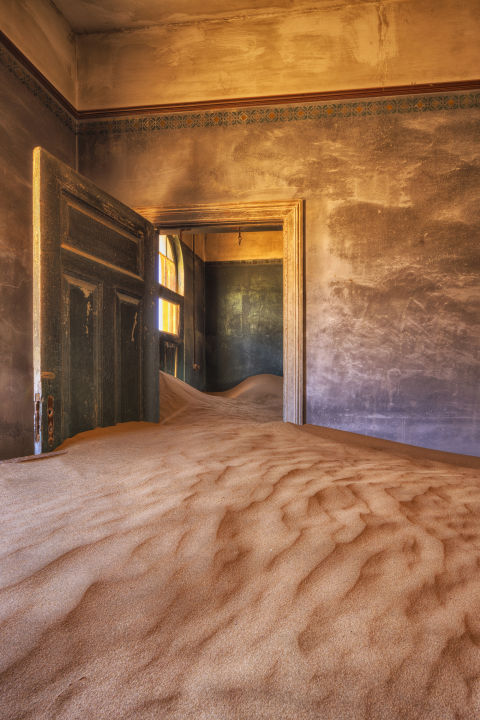 German miners flocked to this town in southwestern Namibia when diamonds were found there in 1908. But when the price of diamonds dropped significantly after World War I, it was gradually abandoned until it became a ghost town, which you can visit today. 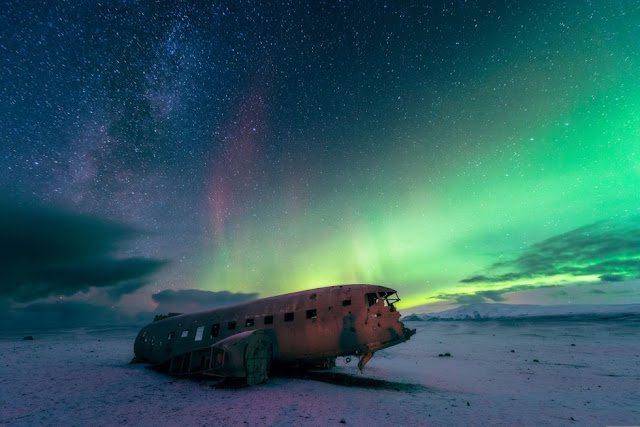 In 1973, a U.S. Navy airplane — a Douglas Super DC-3, to be exact — crash landed on Sólheimasandur Beach in the south of Iceland. The entire crew survived, but the plane was abandoned and left to rot. It's located not too far from the Skógafoss Waterfall, but you need four-wheel drive to navigate the unpaved roads if you want to see it. 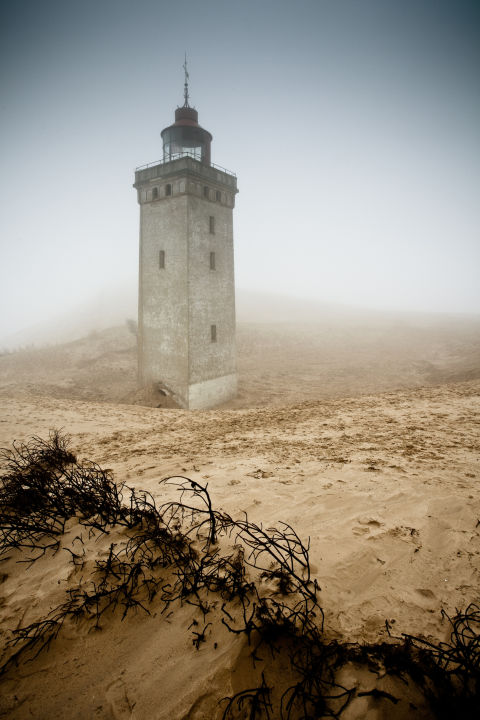 When it became clear that, if the sand dunes didn't completely engulf this century-old structure first, it would eventually topple into the North Sea due to coastal erosion, the lighthouse was left to the elements. It is located on the northern coast of Denmark. 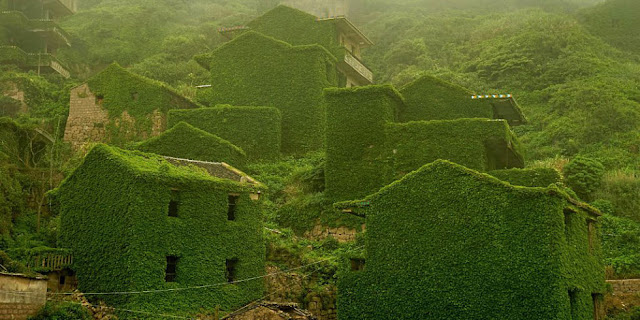 The residents of this former fishing village east of Shanghai abandoned it in the 1990s for better opportunities on the mainland. In the years since, vines have completely taken over the ghost town. 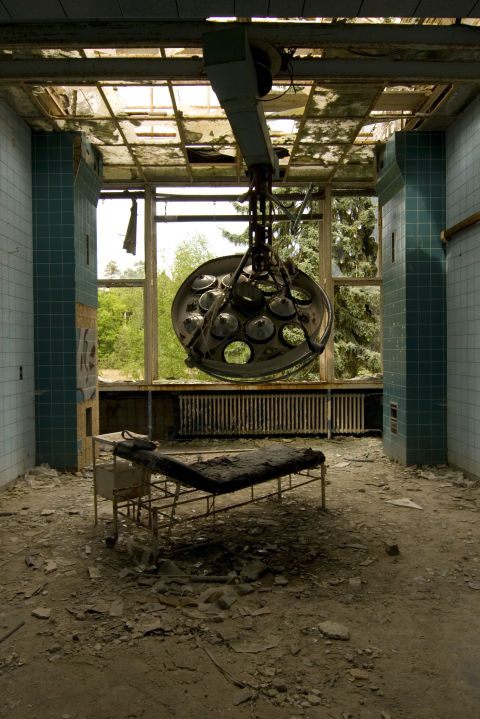 Built in 1898 as a tuberculosis sanatorium, this massive hospital complex south of Berlin has a twisted history: Not only was it used to treat Nazis during World War II and the Soviet Army up until the fall of the Berlin Wall, but it was also where a young Adolf Hitler recovered after being wounded in the Battle of Somme. 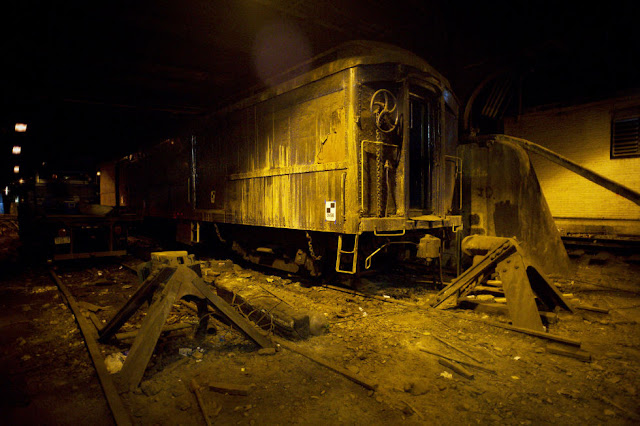 In order to hide his Polio from the public, Franklin D. Roosevelt arrived in New York via a secret extension of Grand Central Terminal underneath the Waldorf Astoria hotel. His abandoned train car — which is still there today — transported the president and his limousine directly up into the hotel's garage so he could come and go unnoticed. 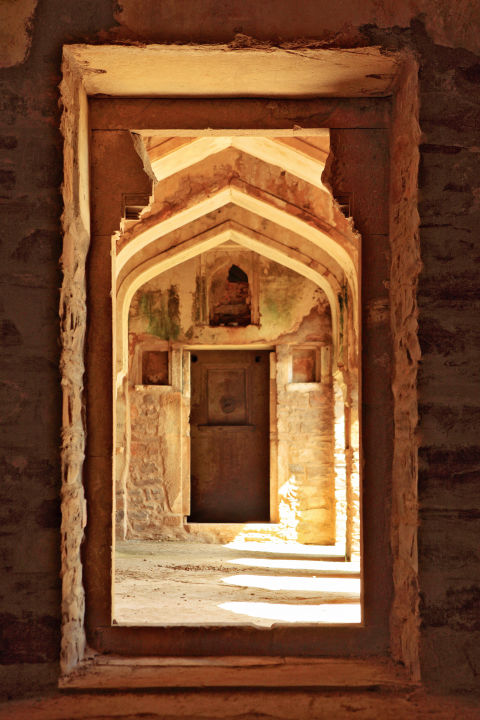 Considered to be the most haunted place in India, the town of Bhangarh in Rajasthan was abandoned in the 18th century after a holy man allegedly cursed the city. Whether or not you choose to believe it's haunted, the entire city is still off-limits between sunset and sunrise. 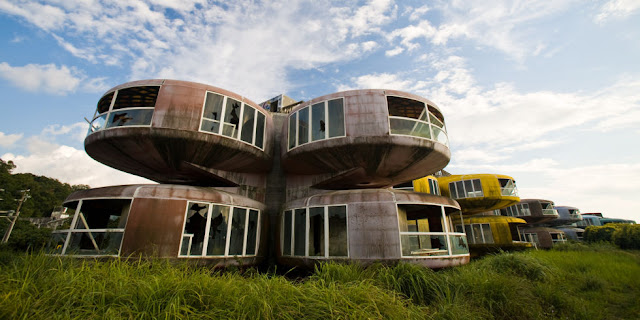 Located in New Taipei City, these UFO-like pods were built in 1978 as a futuristic resort complex. After a series of bizarre deaths during construction, the entire project was abandoned in 1980. The derelict site was a popular attraction for tourists until demolition began in 2008. 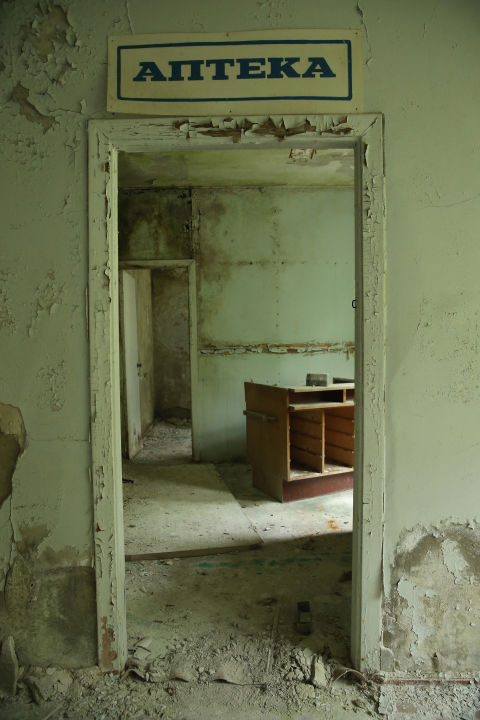 Once home to thousands of people who worked at the nearby Chernobyl Nuclear Power Plant, the city of Pripyat — including the hospital seen here — was evacuated immediately after the 1986 explosion. 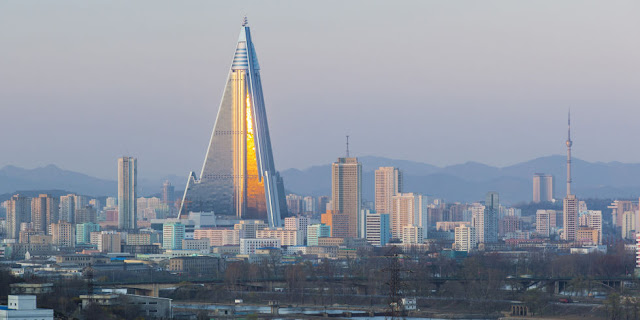 When construction began on Ryugyong Hotel in 1987, it was supposed to be the tallest hotel in the world. But this 105-story "Hotel of Doom" located in Pyongyang turned out to be the tallest abandoned building in the world after the project ran out of money in the '90s. Although Egyptian company Orascom added a glass facade to the building in 2008, construction has halted once again. 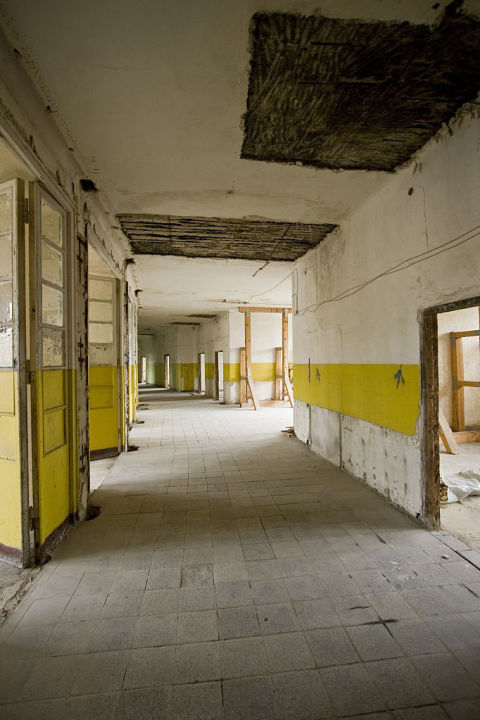 The dorm where Jesse Owens stayed during the 1936 Berlin Olympics was completely restored for tourists to visit, but the rest of the Brandenburg-Elstal Olympic Village has been abandoned since the Soviet Army left in 1992. 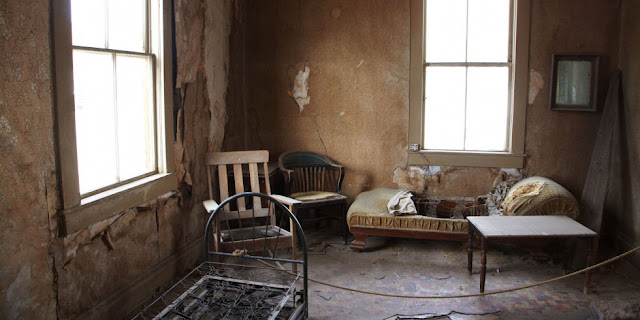 At its peak, this Gold Rush boomtown was home to 10,000 people. But after the mines closed, the town's population dwindled until the state took it over in the '60s. Although only a fraction of the buildings remain today, it is one of the best-preserved ghost towns in California, and it is open to the public. 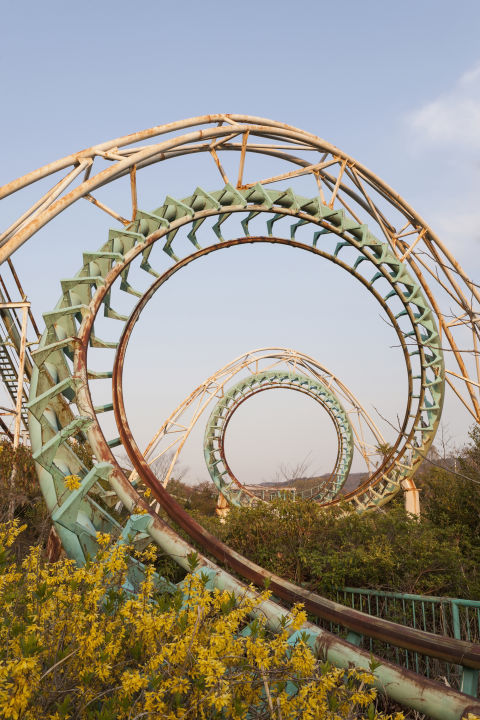 Once Japan's version of Disneyland, this theme park closed in 2006 due to low visitor numbers. The rides were never dismantled, making it a popular destination for photographers bold enough to break in. 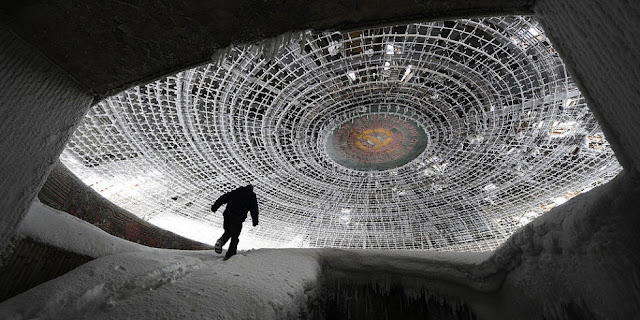 The headquarters of the Bulgarian Communist Party located on Mount Buzludzha were only open for eight years before being abandoned in 1989, after the fall of the Iron Curtain. The ruins remain there today because the current government cannot afford to restore or raze the building. 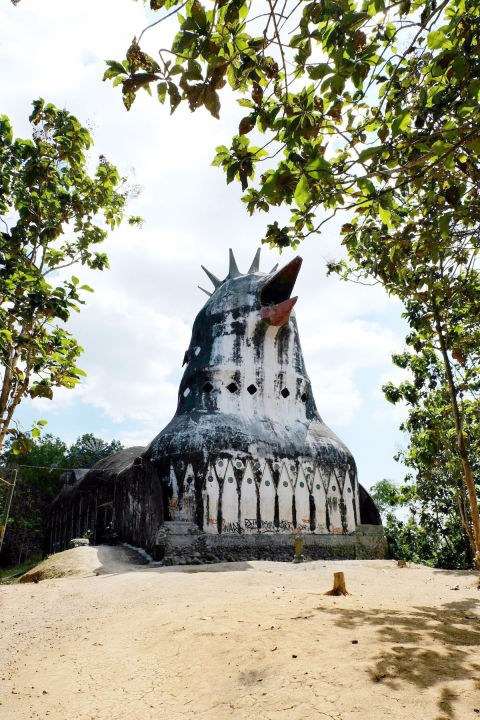 Although this church in the countryside outside of Magelang was supposedly built in the shape of a dove, locals nicknamed it "Gereja Ayam," which translates to "chicken church." It was abandoned in 2000 after issues with construction costs, but it still draws tourists hoping to get a picture of the avian-shaped building. 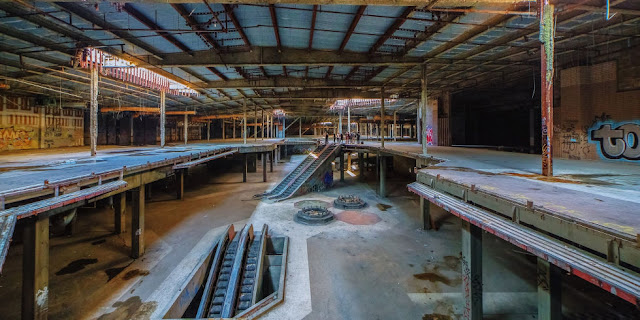 This mall opened in Los Angeles in 1977, but after years of decline it was totally abandoned in 1999. Since then, it has been used as a filming location (you might recognize it from Gone Girl), and there is talk that it might soon be razed to make room for a new outdoor mall. 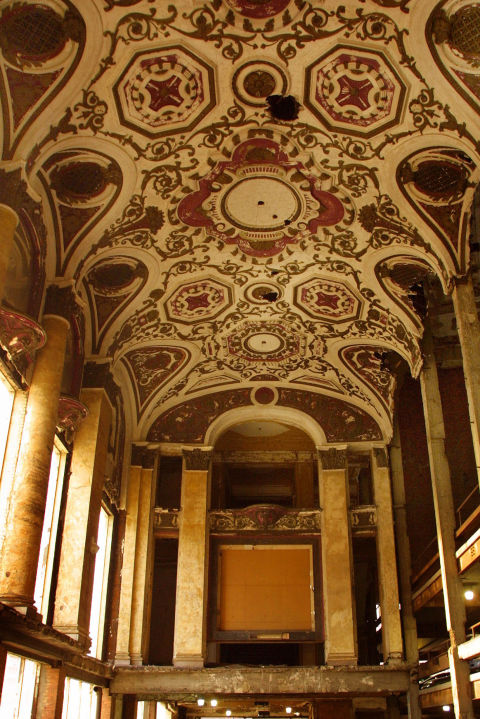 Technically, Detroit's Michigan Theatre isn't abandoned — it's used as a parking lot these days. But considering people like Frank Sinatra, Louis Armstrong and Glenn Miller used to perform there, it's really just a shadow of its former self.