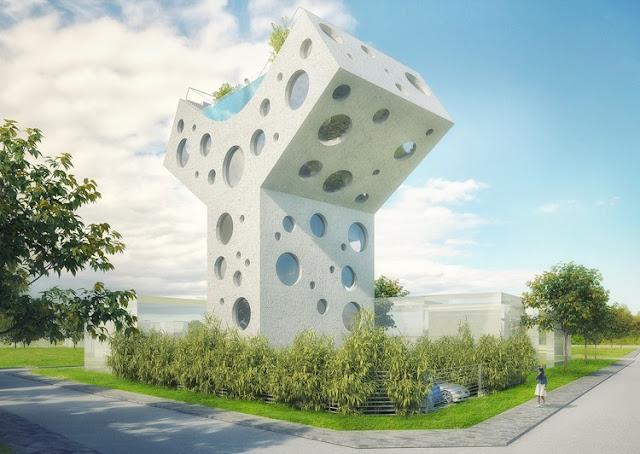 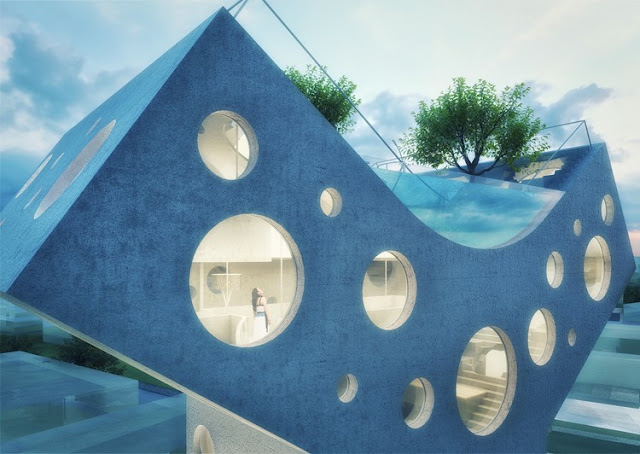 A 40-minute drive from Tainan City and the sea, the villa has been designed as a futuristic space for escaping the city. The house’s distinctive Y-shaped form is the result of several design decisions. To give its residents unobstructed views over the surrounding landscape, the trunk of the structure rises to several levels above the height of its neighboring buildings. At the top of the trunk, the form expands to give priority to the communal spaces of the house, the living and dining rooms. In turn, this split creates a cradle for a unique rooftop pool and sundeck. 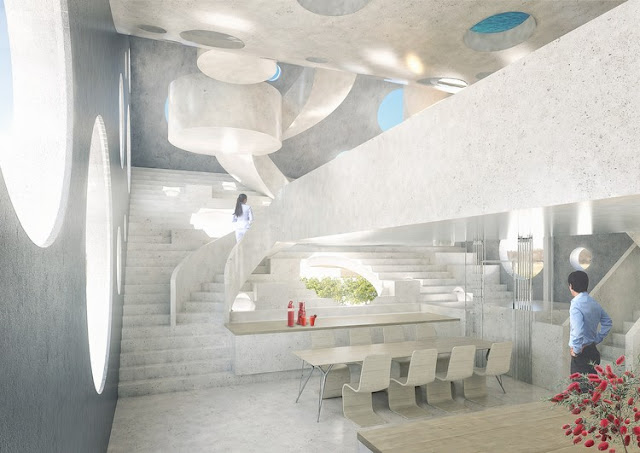 Additionally, by lifting the main spaces of the house into the sky, the building can maintain a minimal footprint, allowing it to be set into a pool of water surrounded by a garden. A series of stepping-stone pathways, positioned according to the principles of Feng Shui, lead homeowners to the front door, giving a tranquil quality to the procession from vehicle to home. 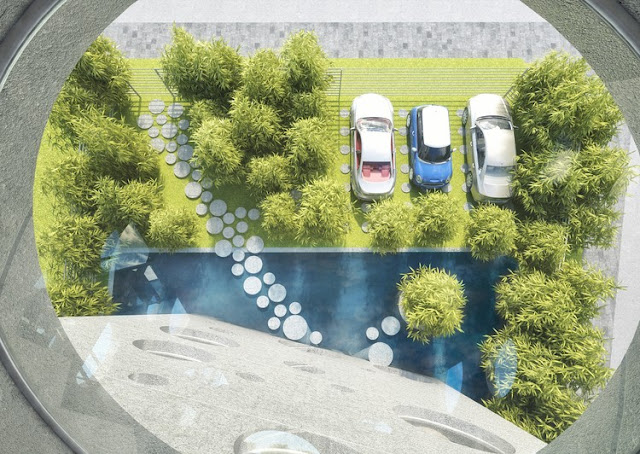 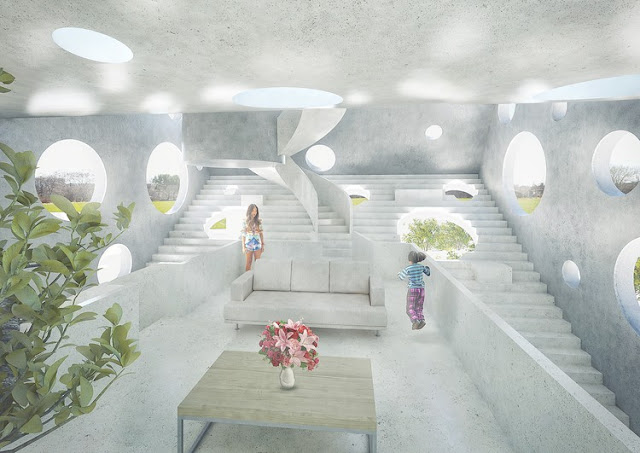 Inside, a garden tea room on the ground level provides space for entertaining guests. The next level is designated for sleeping quarters, including two children’s rooms, a master bedroom and guest bedroom. In the upper portion of the Y, the living space is hovered over the open kitchen, where it meets the sloping walls to become seating and integrated bookshelf. Stairs and a lift provide access throughout these levels of the house, before an additional stairway leads to the solarium, changing rooms and up to the rooftop pool. 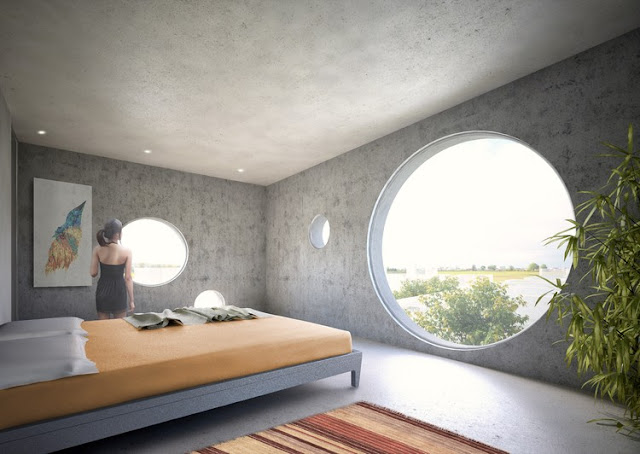 An assortment of large, circular windows puncture the building’s concrete shell throughout, providing an abundance of light into the interiors without disrupting the overall Y-shape. The punctures continue up onto the roof and within the rooftop pool, letting dappled light shine down into the living spaces. 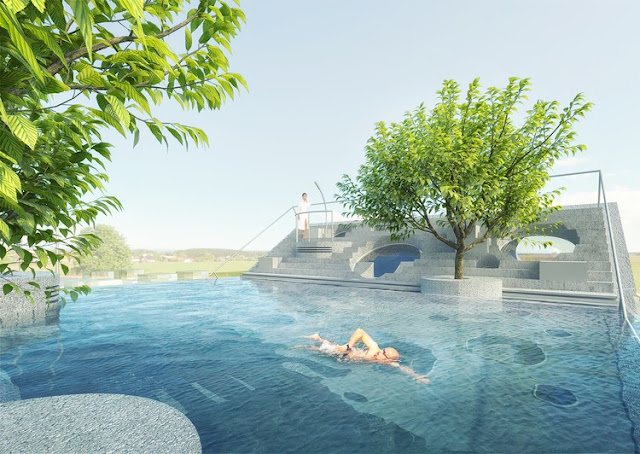 “How to make a house that literally rises above the 'sea' of houses? How to create a view towards the sea over the other houses?” says MVRDV co-founder Winy Maas. “By making the program downstairs as narrow as possible, a large garden is created and situating the majority on the top floors a view is created. And in the heart of the elevated house, the rooms diverge/move apart to give space for a valley to swim in with a view towards the sea…” 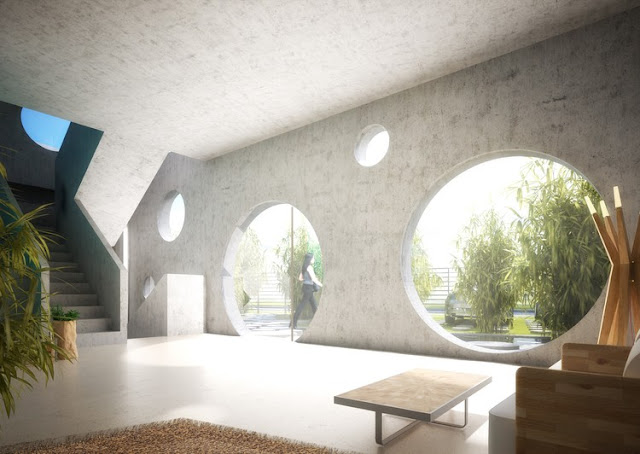 Y House will be MVRDV’s second project for realization in Tainan, following their competition-winning scheme to transform the T-Axis in downtown Tainan into an urban lagoon.