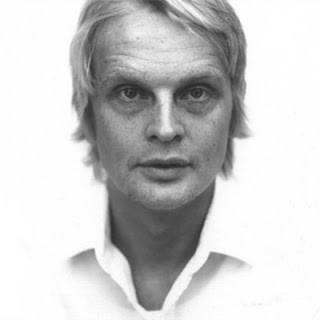 MATTIAS STÅHLBOM was born in 1971 in Norrköping, but now lives in the Södermalm area of Stockholm, where he has been running his own design and architect’s office since 2002. Qualified in Interior Architecture and Furniture Design at the University College of Arts Crafts and Design in Stockholm.  He has designed furniture and kitchen utensils for a number of well-known Swedish companies and worked in the field of design in New York. He has also received numerous awards, including the “Young Design” award. 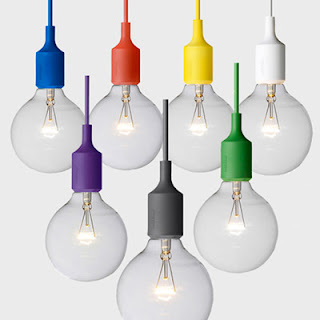 E27 pendant light by Mattias Stahlbom for Muuto. The pared-back E27 is one of Muuto's classic designs. Simple and striking, the E27 light can be used singly or in groups to great effect. "The simplicity of the naked bulb is hard to compete with. It stands for something that feels romantic and contemporary at the same time. E27 departs from the essence of a lamp - the socket – creating a simple yet strong object that celebrates the potential beauty in simplicity." Mattias Stahlbom.  It Made from silicone and available in a range of colours.  E27 is adaptable to any setting, whether in the home, office or other public building. 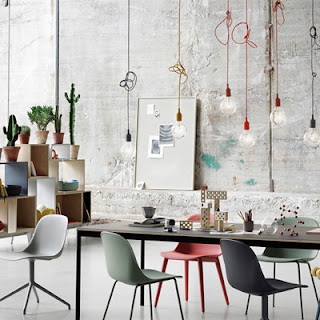 This is a cool vivacious space for any young family, bold and lively enough. Cool art works and photos make accents and potted greenery enlivens the rooms. The spaces are filled with natural light, and there are additional lights all over. The pendant lamp E27 by Muuto plays with the shape of the bulb. Cable and socket are available in various bright colors. In today is a very popular interior lighting.