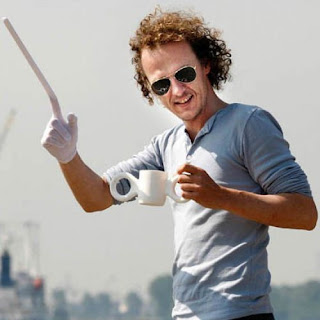 Richard Hutten (1967 Zwollerkerspel) graduated at the Academy Industrial Design Eindhoven in 1991. That same year he started his own designstudio, working on a variety of projects such as: furniture-, product-, interior- and exhibition design. He developed his 'No sign of design' and 'Table upon table' concepts. He is one of the most internationally successful Dutch designers; a key exponent of "Droog Design", in which he has been involved since it's inception in 1993. 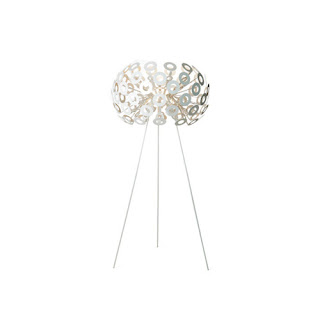 True to its name, Dandelion was initially inspired by the plant the creates the famous and poetic dandelion snow of fuzzy, cotton-like seeds when a gush of wind blows on it. The lamp transmits an explosive feeling of energy in motion, reaching towards us from its centre. Striking and pure self-generated energy to lighten up and blow away the heaviness of everyday life. Dandelion is truly a breath of fresh air. 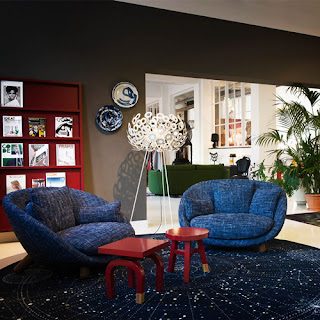 This is a very stylish modern interior furnishings with rich color matching. The shape of the floor lamp Dandelion is evocative of the same-named flower. The idea of the designer Richard Hutton was realized by the use of white rings from powder coated aluminium. The producer Moooi from the neatherland offers Dandelion also in form of a suspension lamp.