11 Pinterest Incredible photos, the truth is not the case? 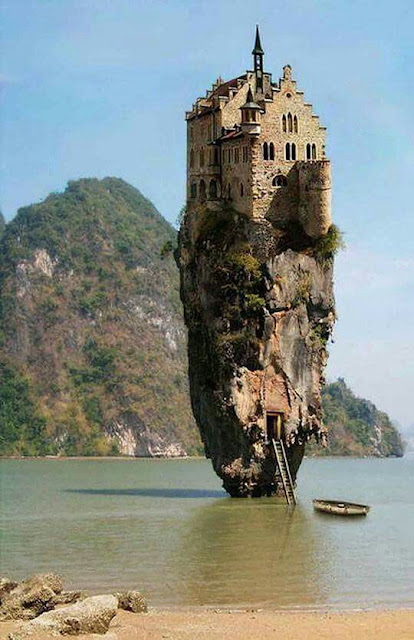 Even though this might look like a mystical bucket list destination, it's actually just the result of someone Photoshopping a German castle onto one of the Khao Phing Kan islands in Thailand. 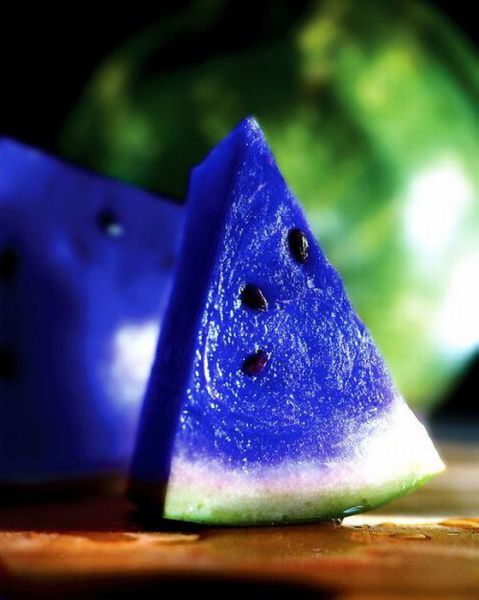 Whoever posted this on Pinterest claims it grows in some parts of Japan, but it's actually just the result of a blue Photoshop overlay. 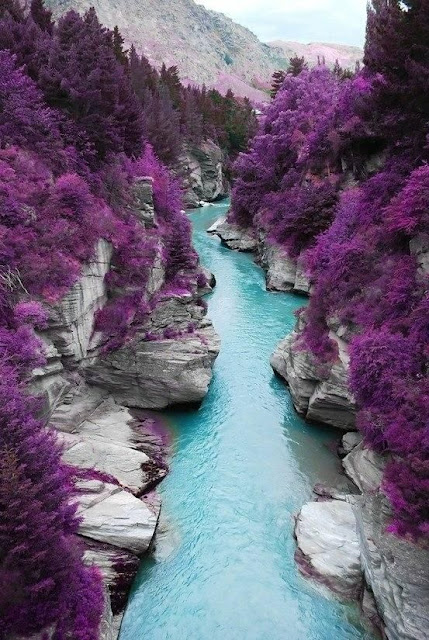 3  These purple trees.
No, leaves don't turn purple in some parts of the world. This is simply a picture of Shotover River in New Zealand with some savvy purple tinting on top. 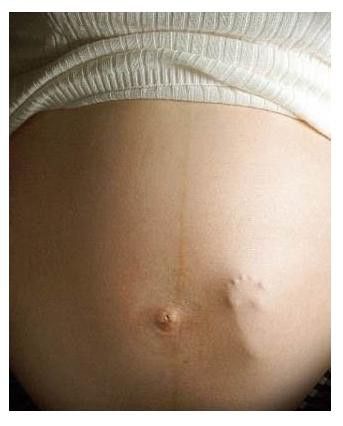 
According to experts, there's no way the outline of a baby's foot could ever be seen pushing on a woman's belly — after all, it would have to go through the uterus and the muscle tissue lining the woman's belly. 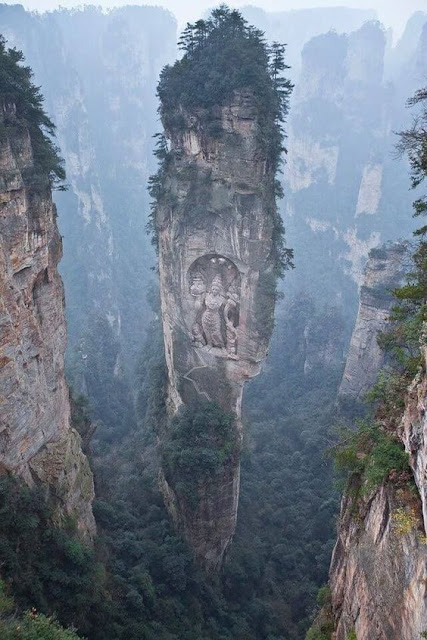 5  Ngyen khag taktsang monastery in Bhutan.
The cool thing about this hoax is that the tree spires are real. But that Buddha carved inside of it is (once again) the work of Photoshop. 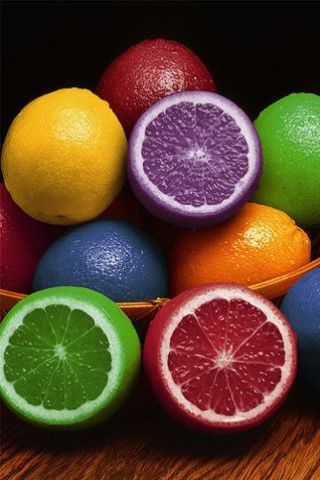 6  Rainbow lemons.
Even though this looks like it could be the result of food coloring, if you injected colorful dye into a yellow lemon the inside might change, but the rinds wouldn't. Fooled again (womp, womp). 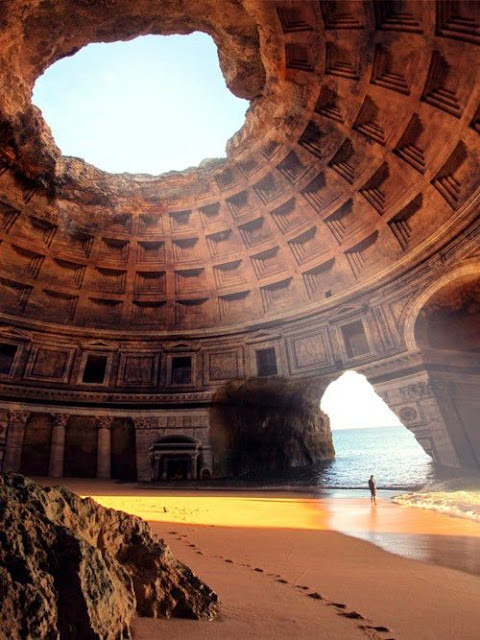 7  The forgotten temple of Lysistrata.
Again, don't put this on your bucket list. It's a combination of the Algar Seco cave in Portugal and the Pantheon in Rome. 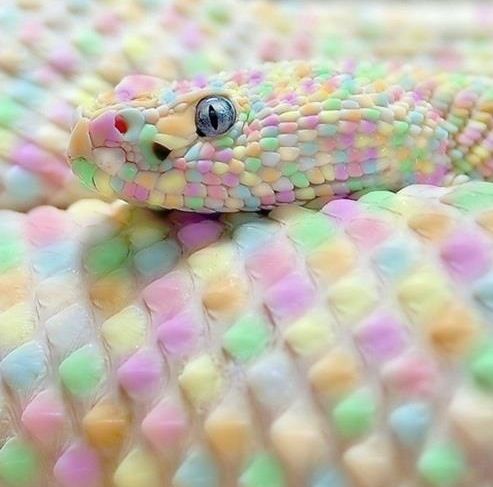 
In reality, someone just turned a white snake into an Easter egg-colored creation with (you guessed it) Photoshop. 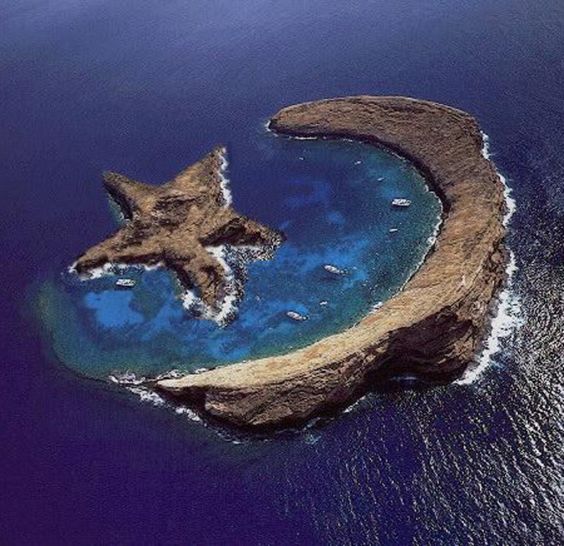 9  This moon and star island.
If this looks too good to be true, it's because it is. Even though the crescent-shaped island is real (it's called Molokini and is located between Maui and Kahoolawe in Hawaii), the star is a Photoshop addition. 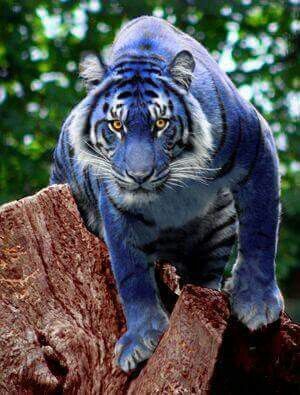 10  This blue tiger.
We have to admit, we're kind of glad this blue tiger is the result of Photoshop, because if we spotted it in the wild we'd probably be too mesmerized to run. 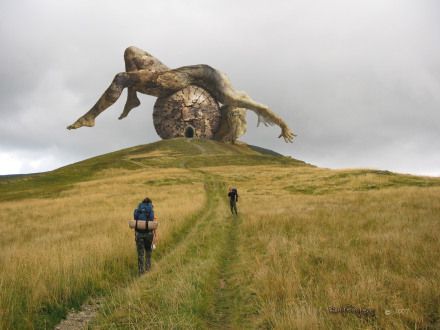 11  Valley of Love in Ireland.
Apparently, the woman on top of this round statue is fake, so don't bother hiking all the way to this mythical location if she's the reason you're going.