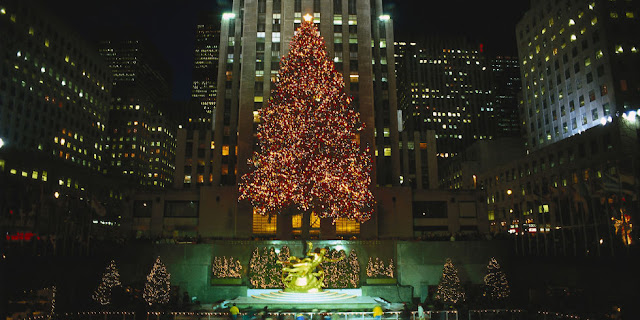 Oh, New York City: It's perhaps the only city in the world that, during the holidays, is immersed in its own typical hustle and a serene sense of seasonal magic.

The Big Apple has been featured in countless holiday movies and TV shows — so much, in fact, that those who don't live in the city often feel like they've spent each Christmas gazing at the Rockefeller Center tree, ice skating in Central Park or window shopping on Fifth Avenue (or, of course, if you're Kevin McCallister from "Home Alone 2: Lost in New York," frolicking through The Plaza Hotel).

Though you'll certainly need to bundle up as you explore the city by foot, subway or by hailing a cab, there is a bounty of staple holiday activities and lesser-known delights that await you in the city of 8 million (FYI, that adds up to a lot of Christmas cheer). To scout out the best of the best, we spoke to Tracy Kaler, a New York City-based lifestyle and travel writer and founder of the blog Tracy's New York Life, and to Ana Dominguez, the creator of the blog The City Sidewalks.

Whether you're visiting the Big Apple for the first time or are a local who may have forgotten about your hometown's Christmas charms, read on for the ultimate NYC holiday wish list.

Where To Eat: Rolf's 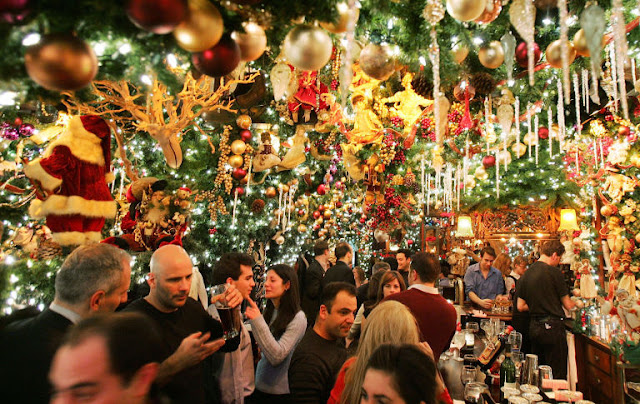 Christmas lovers: If being surrounded by hundreds of dazzling decorations as you dine is up your alley, make Rolf's a must during your New York City holiday. The German restaurant is located in the city's Gramercy Park neighborhood and is decked out in lights and decor for the holidays until May. Does it get much cheerier than that?

But in addition to cheer, Rolf's serves up lots of German beer — and Wiener Schnitzel, Jaeger Schnitzel and Paprika Schnitzel. Not into Schnitzel? (Gasp.) You can also find dishes such as sausage platters, meatloaf, pork chops, steamed mussels and apple crepes at the joint. A seasonal roast suckling pig is also served, and there are crispy potato pancakes and wursts resembling hot dogs to keep the kids happy. 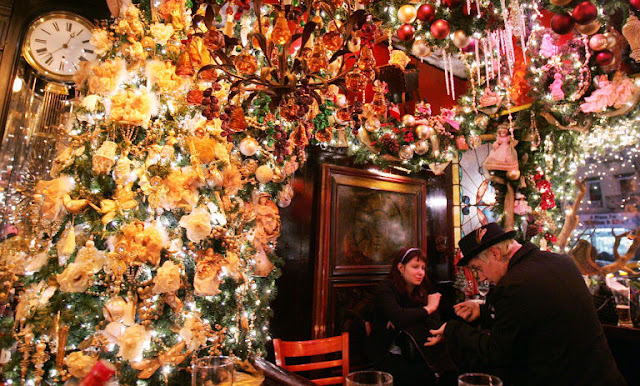 "It's super crazy in there with all the lights," says Dominguez. "It's a really fun spot to go to eat, and they have really good spiced eggnog, too."

Count us in. However, expect a bit of a wait to be seated, especially during the holidays. If possible, it may be worth stopping by on a weeknight before the dinner rush.

Where To Drink: Betony 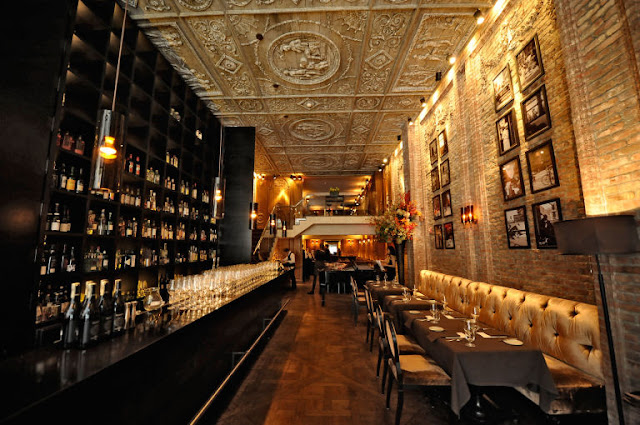 This fine dining establishment located just off Fifth Avenue has been heralded as one of the best restaurants in the world and has one Michelin star — but during the holidays, you'll want to stop by Betony specifically for its 35-seat bar.

If the stunning carved stucco walls and luxurious velvet banquettes of the restaurant don't make you feel like you're in a magical winter fairytale, the drinks will. On the menu you'll find Mister Crane (a blend of apple brandy, maple and ginger), hot chocolate with Australian black truffles and reserve milk punch selections.

Bonus points if you go on a snowy day: The restaurant has large windows adjacent to the bar that are perfect for gazing at falling snowflakes. 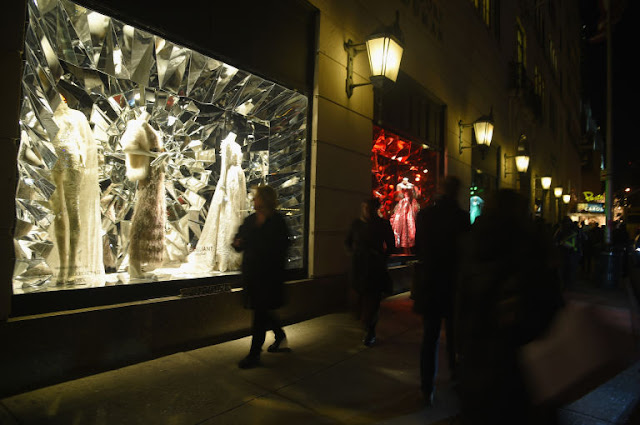 Perhaps the most magical part about famously holiday-spirited Fifth Avenue is its brilliant window displays, with the most iconic being Bergdorf Goodman.

"Bergdorf Goodman windows are such an important part of Christmas culture in New York," says Kaler. "But watching the big reveal is mostly a thing that locals do, and because of that, it's not a mob scene like a lot of the other holiday events."

Insider Christmas events? Always a good thing. After nightfall, the windows will be revealed November 15, but you'll be able to see them throughout the holidays. 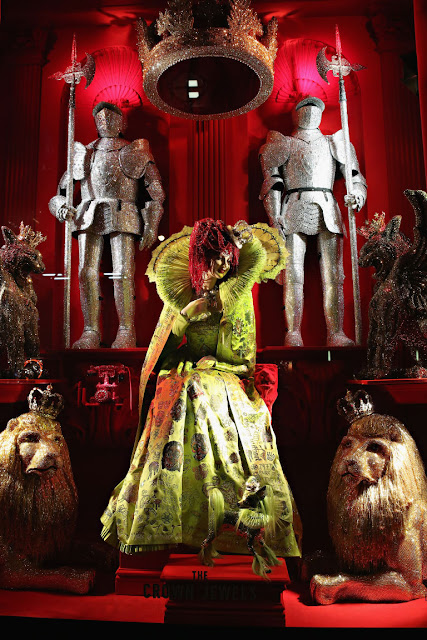 But if you're dropping by Fifth Avenue, don't stop window shopping at Bergdorf Goodman.

"You also have Macy's windows, Lord & Taylor, Saks Fifth Avenue, Barneys and Bloomingdales," says Kaler. "All the windows are really something to go see, and they're all on Fifth Avenue. If you're there, you have to go see all the windows." 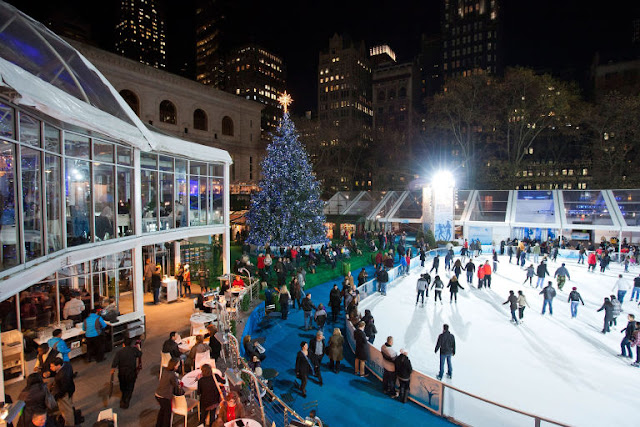 Not only will you find plenty of beautiful seasonal goodies at the Bank Of America Winter Village at Bryant Park shops, but you'll discover a rare sense of small-town charm in the middle of Manhattan's sprawling skyscrapers.

In between your shopping sprees, skate in the village rink, check out the giant Christmas tree or sip on hot cider and extravagant treats (like chocolate-covered waffles) at the Bryant Park food kiosks.

"Although a lot of visitors don't know about the winter village, it's probably one of my favorite things to do in the city," says Kaler. "It's like a holiday oasis in the middle of midtown Manhattan. If you're visiting Times Square, you can walk just a couple of blocks east and stumble upon it." 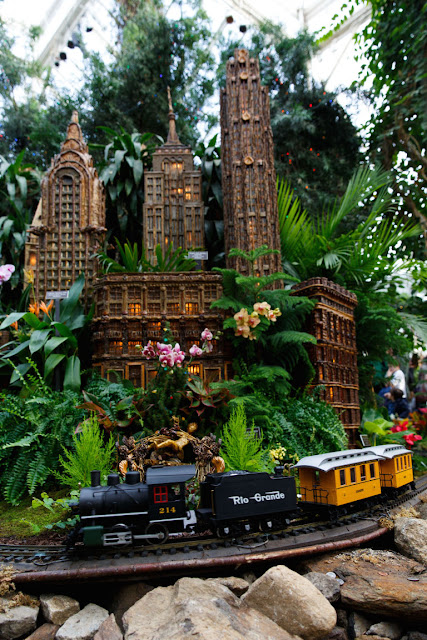 Either take your kids to this show or go yourself and feel like a kid again with its enchanting miniature railroads and trains. The Holiday Train Show showcases more than 150 landmark replicas like Grand Central Terminal and The Statue of Liberty made of plant materials such as bark and leaves.

Meanwhile, nearly half a mile of track lays down the path for zipping trains, evoking memories of childhood Christmases that were anchored by the sound of a train twirling around the tree. The show runs from November 19 until January 14 in the New York Botanical Gardens, located in the Bronx.

"You'll see a lot of families at the matinee shows because the evening shows go a bit late, but it's also a very romantic thing to do as a date," says Kaler. "The New York City Ballet is one of the premier ballet companies in the world, so seeing that ballet company perform 'The Nutcracker' in such a festive city is just really spectacular." 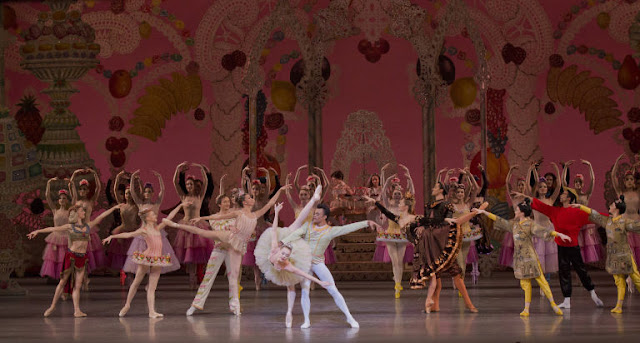 The show runs from November 25 to December 31. 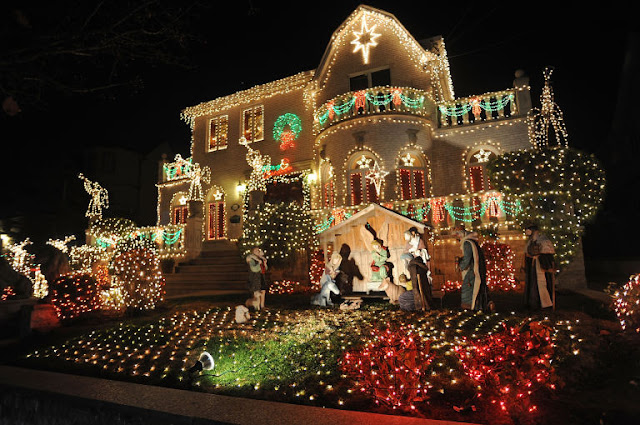 Head over to Brooklyn to see a beloved Christmas tradition in New York City: the neighborhood of Dyker Heights.

The neighborhood hosts an "unspoken" competition in which every house tries to outshine and out-decorate the other, making the neighborhood a destination for walking tours and cars rolling by. 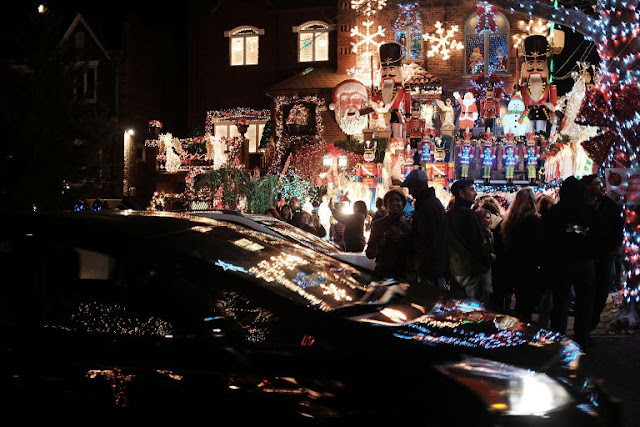 "It supposedly all started in the '80s when one woman put Christmas decorations all over her house," says Kaler. "Her neighbors weren't happy about it, so they started to do it too as a competition, and now thirty years later, it's an event."

Grab a cup of hot cocoa to go and observe the marvels of the neighborhood. But warning: You might just need sunglasses.

Where to Find a Great Photo Op: Top of the Rock 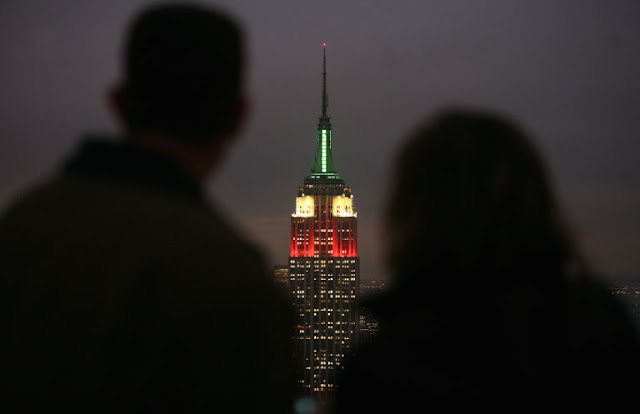 Yes, yes, yes: We know this is touristy. But there's a good reason why.

Soar to the top of the Rockefeller Center via an elevator to take in the views at its observatory, Top Of The Rock. Why? Because, during the holidays, you'll be able to take in the many lights of the city from above, including a red-and-green Empire State Building.

"It's touristy, but it's also really gorgeous," says Dominquez. "It's an activity you can do early in the evening as the sun sets, and then go explore the nearby events."

After taking in the city sights from 850 feet above street level, head downstairs to see The Rockefeller Center's Christmas tree and ice skating rink, or the holiday display outside Saks Fifth Avenue. 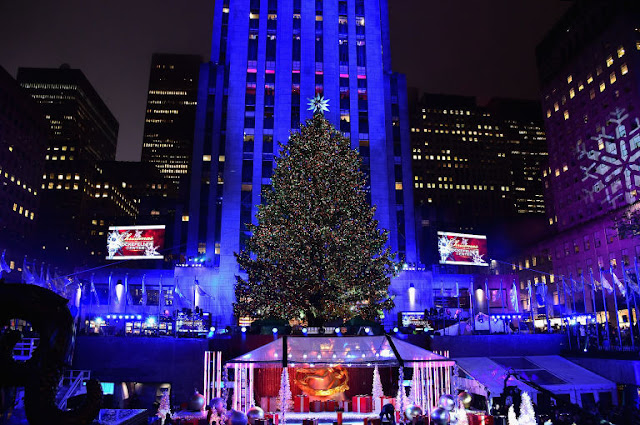